From Heijokyo to Heiankyo- in the story of the capital relocation, there was another capital hidden in the depths of history.
The name of the capital, which does not appear even in school textbooks, was Nagaokakyo.
This column captures the Kyoto life from Nagaokakyo City, where the illusionary capital once existed.

Kyoto’ winters are freezing cold, making it a pain to leave the house.
On such raw winter days, it is best to go north- what awaits us there is the Matsuba crab, a winter delicacy from the Japanese Sea. 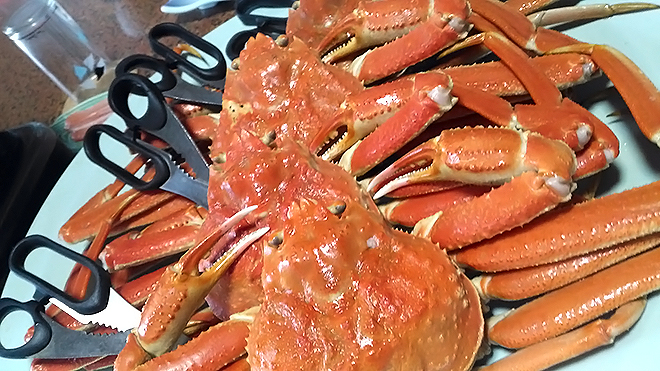 The Matsuba crab is the name in which the Tango area, at the north of Kyoto, calls its male snow crabs.
The snow crab fishing season starts n November 6th every year, and ends in March 20th, making it a limited-to-winter delicacy.
Because it is seasonally limited, the these winter delicacies served in Kyoto City’s restaurants tend to be a tad expensive.
Therefore, it is best that we head north ourselves for the Matsuba crab. 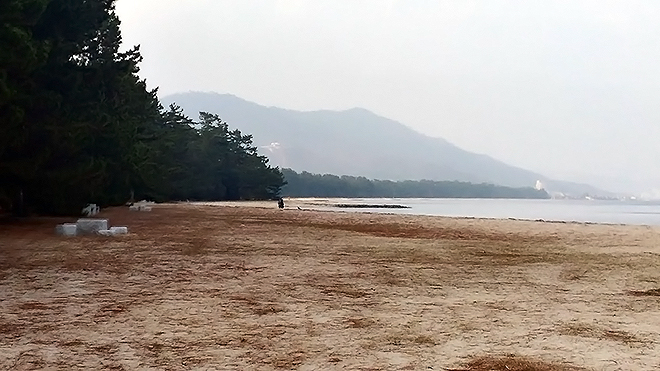 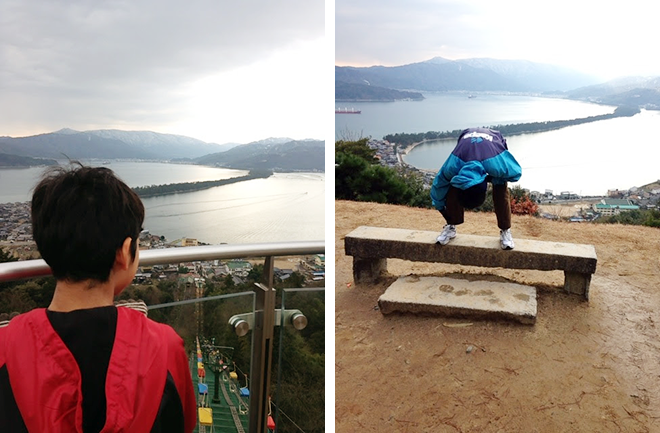 In July 2015, the Kyotojuukan Expressway opened, running over 100km from Kyoto City to the Japanese Sea.
Thanks to this, it is now possible to drive from Kyoto City to the Tango district in an hour and a half, which is around half the time it took before the expressway.
Using this road, we can go enjoy the Matsuba crab more conveniently than before. 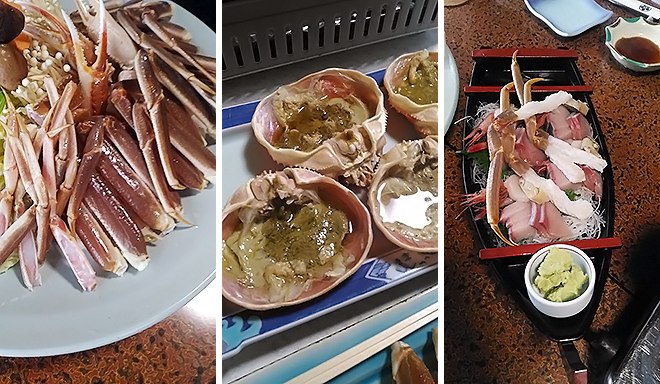 The Miyazu City, at the north of Kyoto, is known for Amanohashidate, a scenery listed as one of the best in Japan. We head over to Matsukaze, a ryokan (Japanese style hotel) located within a hot springs village.
Here, they serve crabs in various styles, ranging from sashimi to shabu shabu, amounting to about three crabs per person. The smell of the crabs, broiled and steamed, fills the room, and the meat of each crab, prepared in its various ways, is fresh and juicy. 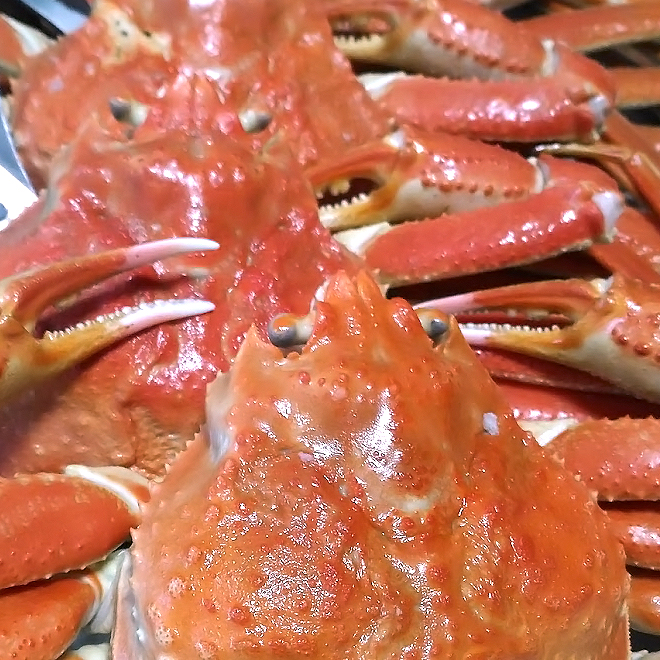 The color of a cooked shell is a yellow based red. Red is appetite stimulation color, which is perhaps the reason why even the sight the crabs cooking make us hungry.
The color of the shell before it is cooked is a coppery red, the color of Astaxanthin, a chemical compound in the shell, when bonded with protein.
When heated, the protein breaks down, and the Astaxanthin turns in to a bright red, which is reflected as the bright, scarlet red of the cooked crab shell. 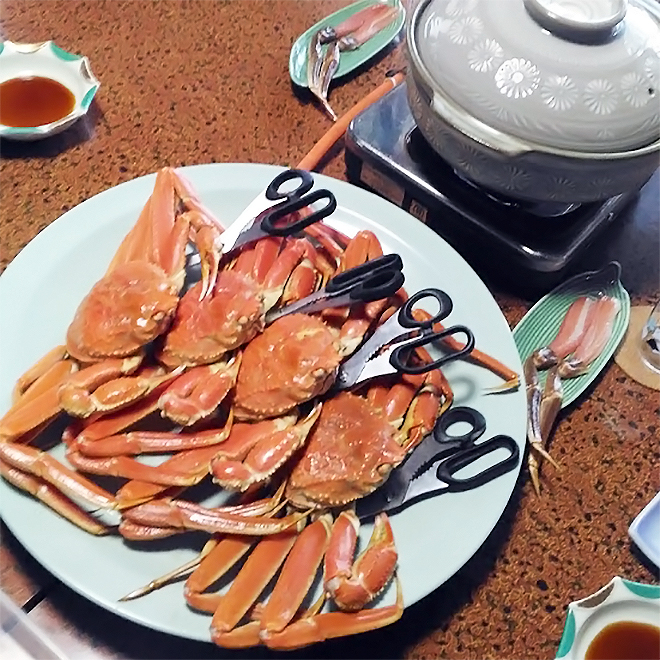 After our stomachs are filled, we head over to the hot springs.
Tomorrow’s breakfast should be miso soup, with another red crab soaking in the steam of the soup.

No matter the amount eaten, one would never be tired of eating this winter delicacy- Matsuba crab.
An aspect of Kyoto that can’t be expressed just with the well-known Kyoto elegance- this is indeed the Kyoto’ winter delight. 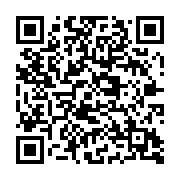